While coaxing action from one of the largest bureaucracies in the State of New Mexico will undoubtedly prove to be a challenge for the Legislative Finance Committee (LFC) just as it has for us, it is good to see the Legislature’s own analysts coming to some of the same conclusions as we have regarding Albuquerque Public Schools. Their full report is here.

A KRQE Channel 13 report has the highlights with the headline, “State report suggests Albuquerque Public Schools cut costs, combine classes.” But there is A LOT in this report which also notes that “APS has increased spending, despite a decrease in enrolled students. From the fiscal year 2012 to the fiscal year 2021, enrollment declined by 12% while actual spending increased by 23%.” This reflects what we have been saying about the District’s ballooning budget.

Curiously, while THIS report notes that APS “has more teachers than it needs. According to the LFC’s calculations, APS hired 492 too many kindergartens through 12th-grade teachers.” As recently as August of 2021 APS was saying there was a teacher shortage.

There is a lot to unpack in this report, so we will break things up into multiple components. 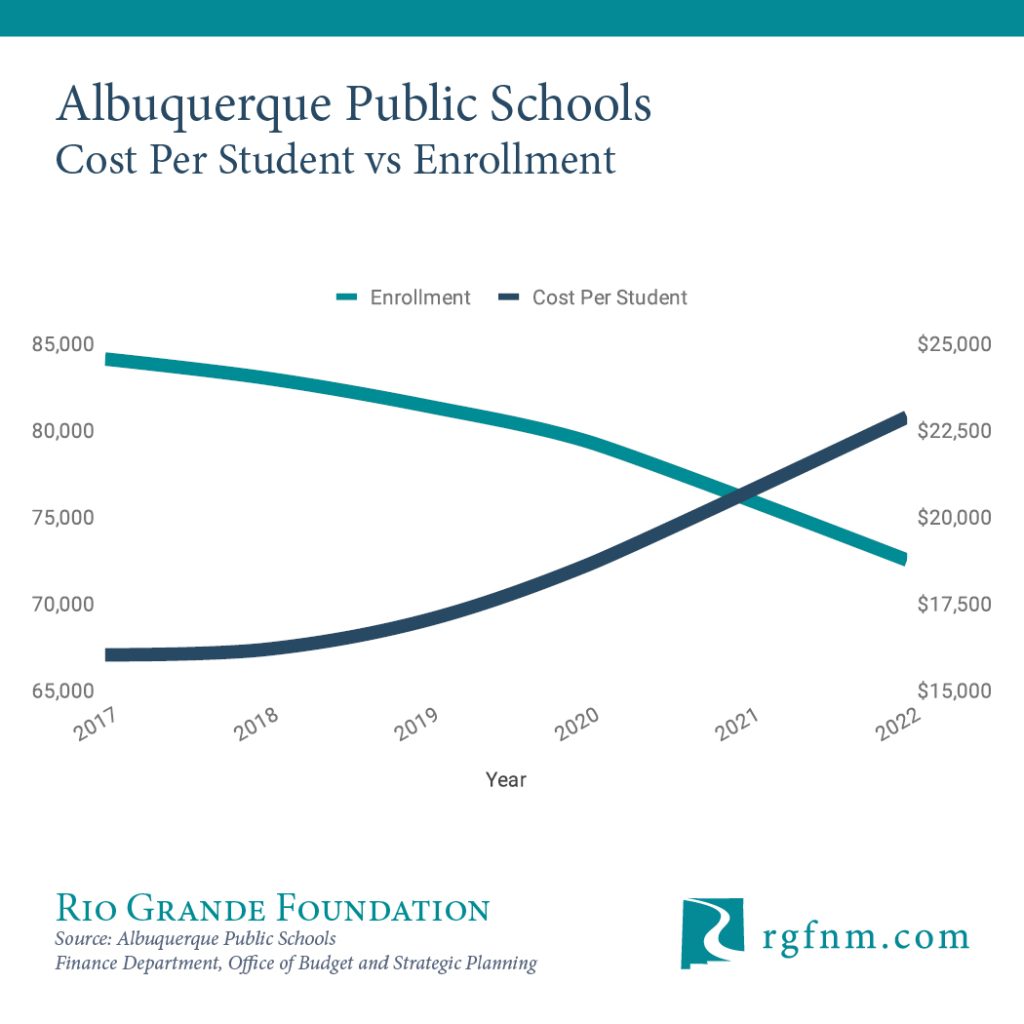