The Rio Grande Foundation is doing some research on the shortage of medical professionals in the State and ran across the following chart from Kaiser Family Foundation. We have known for many years that New Mexico has a lot of people on Medicaid, the federal/state health program for the poor.

New Mexico policymakers have tremendous financial incentives to boost Medicaid participation. The State receives a 74% federal match on traditional Medicaid Services and a 90% match on services provided under the “ObamaCare” expansion. 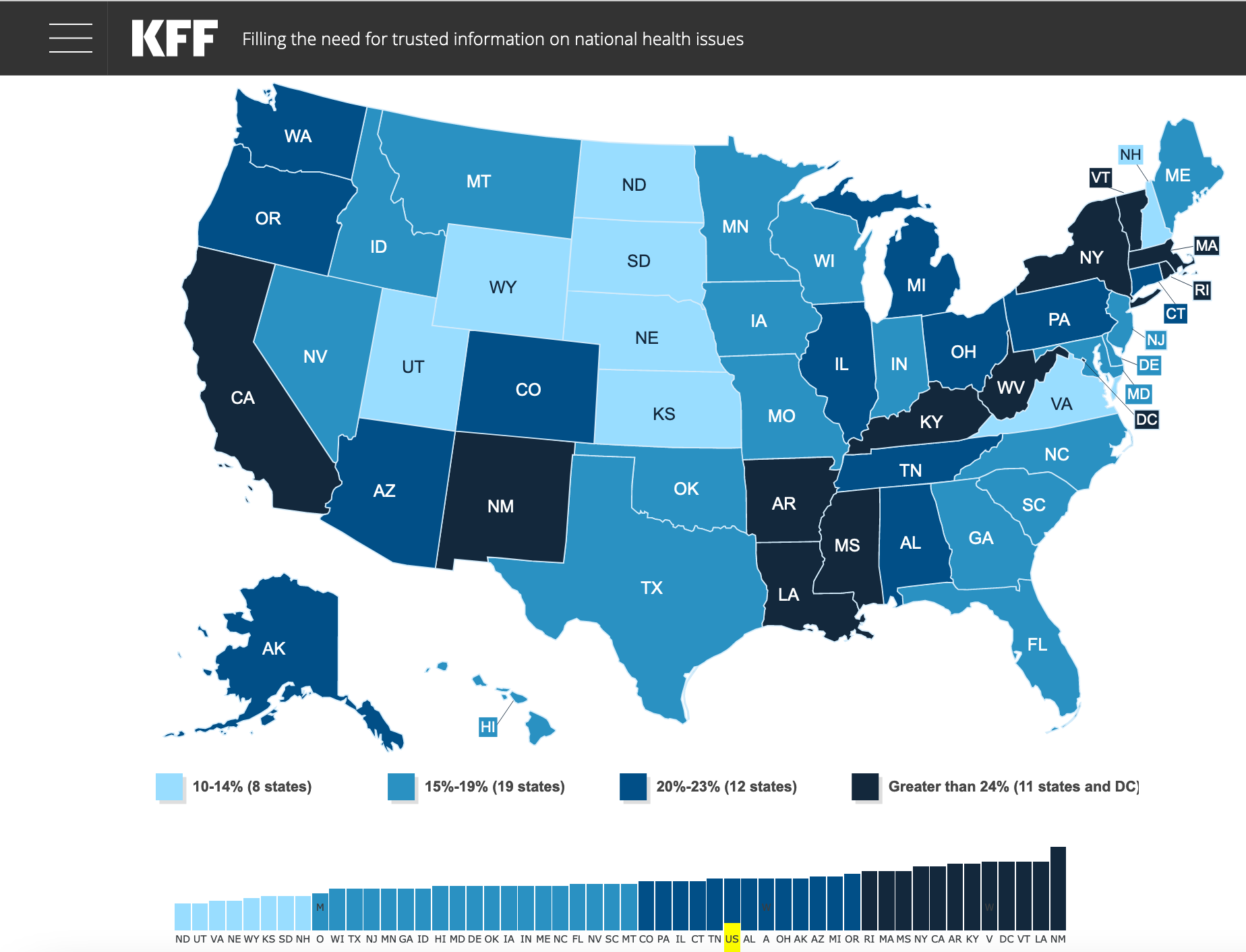