There are many things that make New Mexico unique, but one of the most noteworthy political nuances is the State’s deep and unusual relationship with energy. New Mexico’s Democratic politicians love the money and jobs generated by the traditional energy industry, but also wish to be seen as pushing back against it to placate their environmentalist base.

Nonetheless, New Mexico, a state blessed with all sorts of energy resources (both traditional as well as wind and solar) has continued to embrace Democrat politicians despite the Party’s leftward shift on energy in recent years. With oil prices skyrocketing and electricity reliability in question, it is time for voters to demand sensible energy policies from politicians.

The Russian invasion of Ukraine caused gasoline prices to jump dramatically after having risen throughout Joe Biden’s time in the White House (due in part to his anti-energy policies and rhetoric). And, while there are limited things to be done in the short term, in the intermediate and longer term, former New Mexican and Secretary of the Interior Deb Haaland should be a pivotal figure in addressing America’s energy issues. Instead, she is nowhere to be found.

Haaland manages the sprawling federal estate including the Bureau of Land Management. Immediately upon taking office the Biden Administration instituted a permitting moratorium on federal lands. Rather than changing directions and opening the leasing process as prices rose, under Haaland’s direction, new oil and gas lease auctions have remained on hold.

Expediting new drilling on federal lands is just one of many ways Haaland could get serious about reducing gas prices (and at least partially defanging Russia which relies heavily on oil and gas exports to Europe) but remains silent on the issue, even on her official Twitter account.

Speaking of natural gas which often takes a back seat to oil in New Mexicans’ minds, New Mexico leaders could and should be advocating for natural gas as a cleaner energy solution relative to coal and others. New Mexico is one of the leading natural gas producing states in the nation.

Thanks to a fracking-driven production boom, natural gas has been used to replace coal in electricity generation. This has been one of the primary tools in reducing US CO2 emissions in recent years, a fact recognized by former President Barack Obama. Furthermore, exports of US-produced liquefied natural gas (LNG) have created home-grown American jobs, narrowed the trade deficit, and helped foreign countries like China reduce their CO2 emissions.

Rather than focusing on alleviating the pain of high energy costs (driven both by the Russian invasion and Biden Administration policies) Heinrich is pushing to replace natural gas in home heating and cooking. He remains uninterested in transitioning Western Europe away from Russian energy to New Mexico-produced natural gas.

Electrification is a fool’s errand. According to new Department of Energy data, electricity costs $41.79 per million BTU’s. Natural gas costs $12.09 per million BTU’s. And that’s in today’s numbers. Electrification would increase US electricity consumption by 40 percent. Public Service Company of New Mexico was concerned about blackouts and brownouts this summer due to the shuttering of one coal fired power plant. A 40% increase in electricity consumption over current levels will increase prices well above today’s levels.

A greener and more affordable future can be had, and New Mexico can lead the way. With abundant nuclear resources, natural gas, and renewable power, New Mexico has a lot to offer the nation and the world. But first, our leaders including, but by no means limited to Secretary Haaland and Heinrich need to get serious about balancing economic and technological reality with their “green” aspirations. 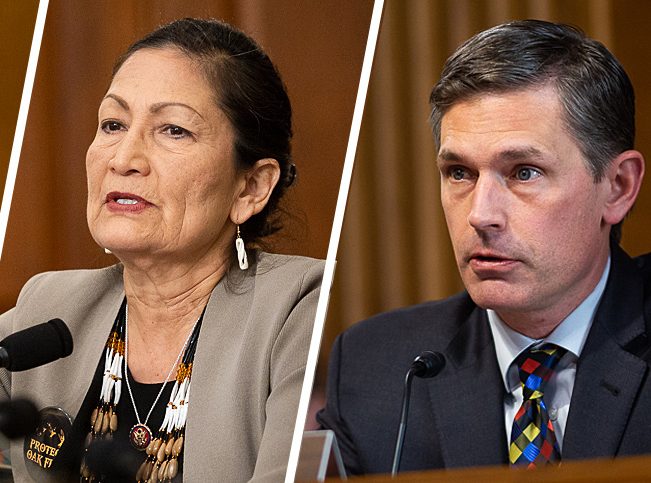