Gov. Lujan Grisham rather suddenly this week announced that New Mexico school districts would be able to return students at all grade levels to the classroom for “hybrid” learning. That means 50% in-person and 50% “virtual.”

We welcome this news and believe it is long-overdue based on numerous studies of the issue. And, while we are certainly not going to question the Gov.’s decision or motivation, it is certainly worth asking why most New Mexico schools remained closed from March of 2020 all the way until now while the number of active cases has only recently declined from statewide highs. The following case chart is from the WorldoMeters COVID tracking website. 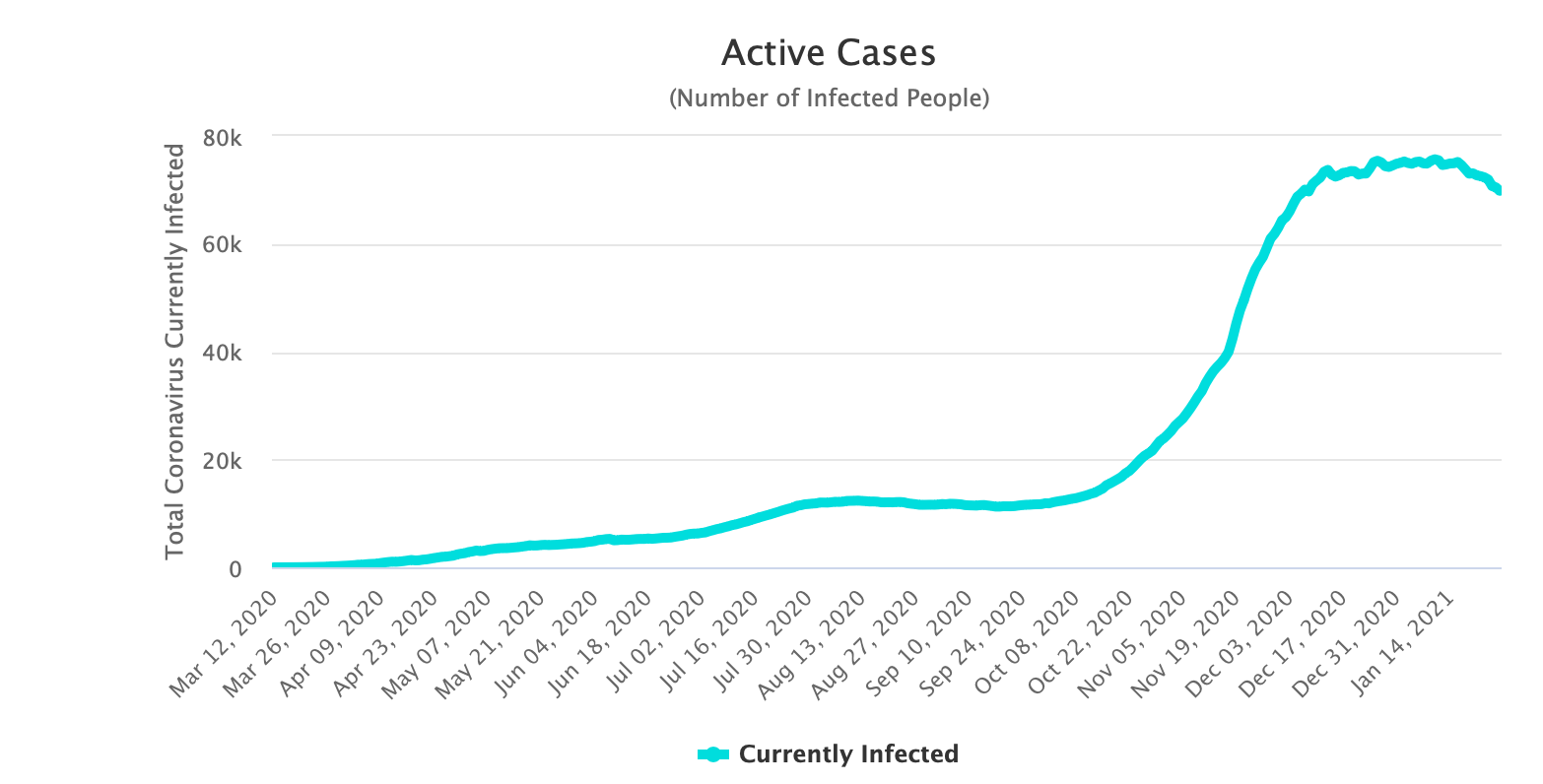 The move to reopen schools at this very moment (immediately after a new President of her own party has taken office) is just one of many perplexing details.

Of course Albuquerque Public Schools has said that it WILL NOT be opening  on March 8. The leading obstacle is the unions which has been the case across the nation. To be fair to APS it appears that Lujan Grisham did not consult many districts or anyone outside her inner circle before making her decision. This lack of transparency marked by sudden policy shifts has been an ongoing problem throughout the pandemic.

Finally, while teachers shouldn’t be FORCED into classrooms, the “one-size-fits-all” problem inherent in our education system is the core problem here. Willing teachers and willing students could and should have returned to in-person learning months ago. If APS had a financial incentive to serve families and students rather than being a government-sponsored monopoly, this would be the case.

One Reply to “On return to school and APS”