Recently, Paige Knight of the left-wing group “Voices for Children” claimed in a letter to the Santa Fe New Mexican that Colorado’s Taxpayers Bill of Rights had “devastated” Colorado. As Rio Grande Foundation president Paul Gessing argued in response, New Mexico could desperately uses some of that “devastation.” The letter itself is below but can be found here. 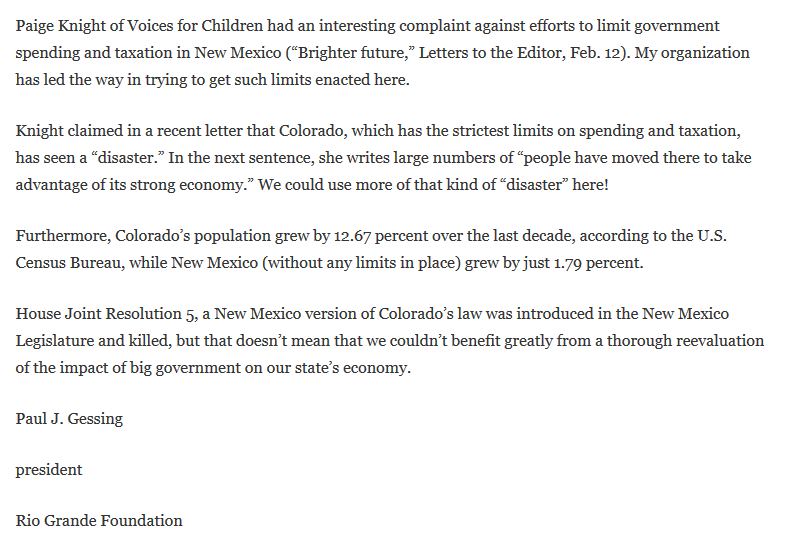