SB 14, the Clean Fuel Standard, was one of the VERY worst bills in the 2022 legislative session. Here is a write-up on the bill that we did early on in the session which would have resulted in substantial increases in the price of gasoline. But, as if that were not enough, at the very last minute (a day before the session ended) a provision was added in the House Judiciary Committee to allow the San Juan Generating Station to operate through October of 2022 (instead of being shuttered in June).

As we discussed recently, the “rumor” that we had been hearing about extending the life of San Juan was very truthful. So, the Democrats on House Judiciary amended SB 14 to close the bill in October as opposed to June in order to get PNM past this summer (AND past MLG’s reelection) for the purpose of avoiding blackouts and brownouts. The idea was to ram the entire mess through before the end of Session (today, Thursday at 12).

Well, it appears to have failed in the House on a tie vote. Here is a picture of the vote. This will be one of the most important votes in our Freedom Index. How did your Representative vote? Thanks to Rep. Stefani Lord for posting this on her Facebook page. 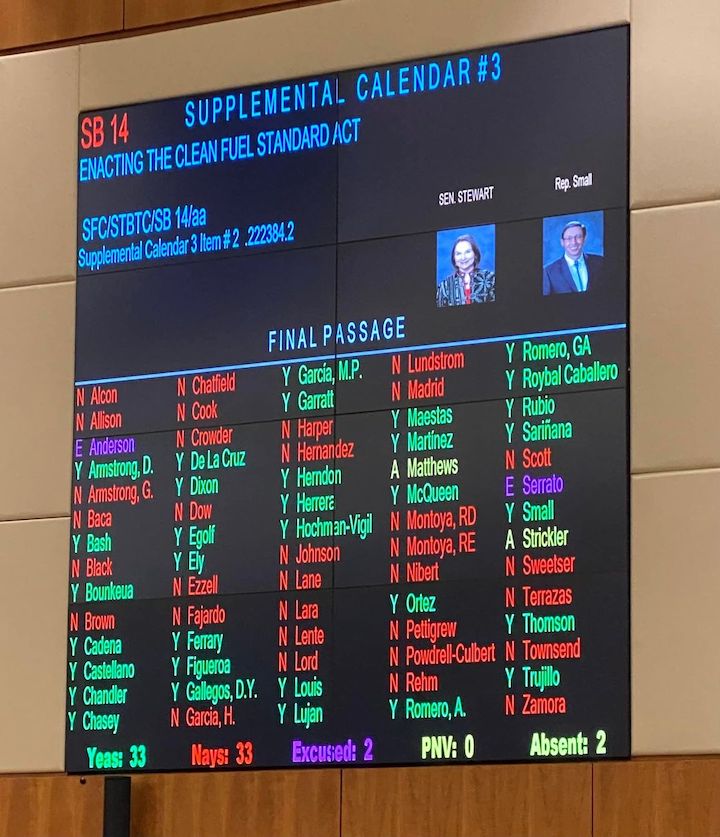