We at the Rio Grande Foundation genuinely HATE saying “I told you so” when the schemes of New Mexico politicians fail. The Rail Runner, Spaceport, and ART bus system are just a few of the schemes that have clearly not worked out for our State.

But all of those pale in comparison to the disaster that is potentially unfolding in our electrical grid. Unfortunately, the makings of the impending disaster were sowed in 2019 with passage of the Energy Transition Act (MLG’s top priority in that session). But, we all know that the PRC recently decided to extend the life of the coal-fired San Juan Coal-fired station to keep the lights on THIS summer.

Recently, PNM reported that  HALF of the replacement solar power/battery storage for the summer of 2023 won’t be available in time.

In addition to slowing delivery of “renewable” projects, prices have risen dramatically. According to UtilityDive.com, “A shortage of new renewable projects available to interested buyers has caused prices for power purchase agreements to rise 9.7% since the beginning of 2022, and 28.5% since the beginning of 2021, according to an analysis by PPA marketplace LevelTen Energy.”

Tariffs on Chinese solar panels are also driving prices up and there is seemingly little willingness among domestic producers to ramp up production. 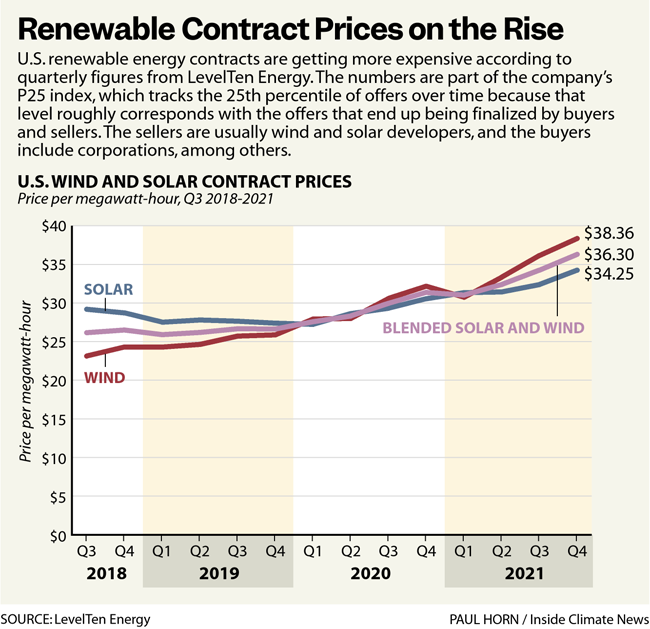 One Reply to “New Mexico’s “energy transition” is already failing”